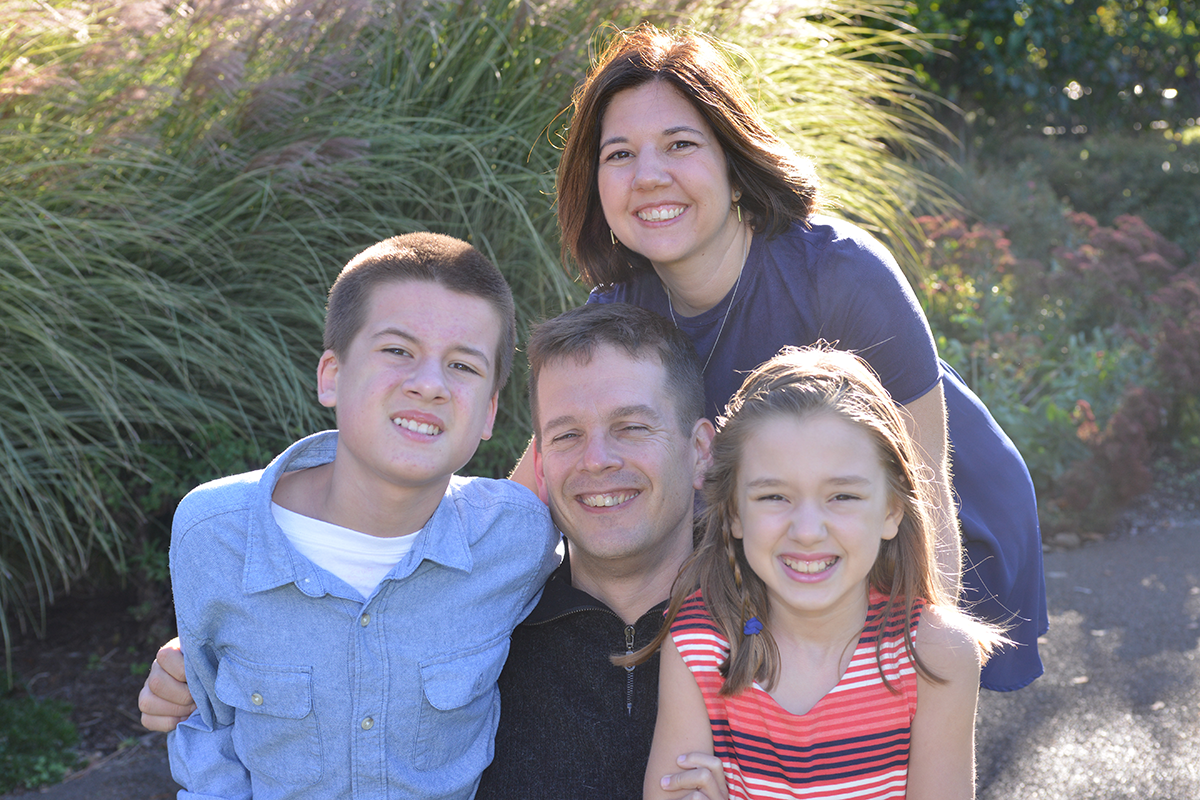 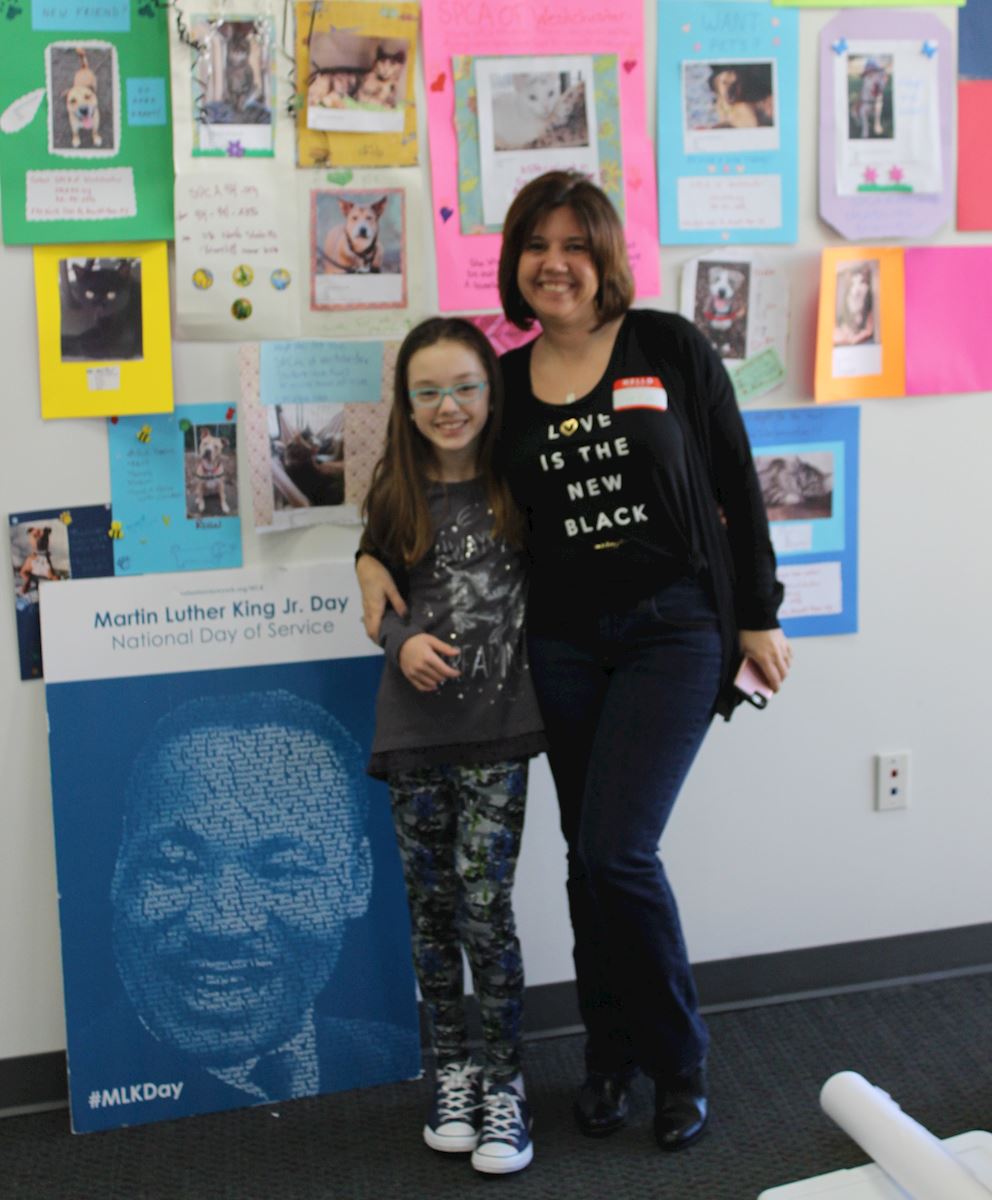 It’s been years since Tara Fappiano first encountered the sort of maddening obstacles familiar to parents of children living with autism. Her bewilderment, however, still feels fresh. And that’s largely because Tuckahoe resident Fappiano, a partner at White Plains-based law firm Havkins Rosenfeld Ritzert & Varriale, LLP, never stopped fighting for her son’s access to a fully enriched education. Nor, for that matter, did she merely stand up for her own child. Over the past decade, the plate-spinning mother has embraced an ad hoc role as an advocate—donating her time and advice as an attorney, active member of local PTAs and Girl Scouts chapters and director of youth-outreach organization Building Bridges—for numerous families with loved ones experiencing life on the spectrum. It has been a tiring, but defining, mission.

It began in earnest years earlier while Fappiano was volunteering as a room rep at her then-elementary-aged son’s (he’s now a freshman in high school) Tuckahoe Union Free School District building. She was approached by members of the school’s nascent special education PTA, who she recalls pulled her aside and said, “‘We need you, because you can communicate and all the teachers love you and people are willing to collaborate with you. We want you to be chair.’”

Fappiano admits she hesitated, simply due to being so busy with her responsibilities as a career woman and parent, but she soon accepted, and it was a decision that changed her life and had hugely positive consequences for her community. “What’s naturally happened over the years is that, not only from my involvement with that committee, but just from our family’s experience, I will get phone calls at the time [saying], ‘Oh my gosh, this is going on and I don’t know what to do; I am at such a loss,” Fappiano sympathizes. “So I will spend time on the phone, walking them through the process. I’ve ghostwritten more letters than I can tell you. I come in as their friend and a parent who’s been through the same thing. And I’m a lawyer and I know how to negotiate.”

When Fappiano and her husband first sought support for their son (they’ve chosen not to disclose his name in order to protect his privacy) in the mid-2000s, there was hazy awareness surrounding autism, and even now it remains a widely mischaracterized and underfunded medical niche. “His early years, we didn’t see a lot of issues,” she says, adding that only once he entered preschool at 3 did any developmental concerns emerge. “The first part of the year, there was no issues other than they kept saying, ‘He keeps having accidents, and he’s supposed to be potty trained.’ And we were like, ‘Well, he is potty trained.’ That was an ongoing conversation, and then when we went in for parent-teacher conferences in November, they said, ‘Your son hasn’t said a word in the classroom since he started.’”

They were skeptical, but their pediatrician—whom they trusted—recommended a formal evaluation through the school district. A psychologist eventually offered her assessment that their son was likely on the autism spectrum. It was, at first, emotionally overwhelming.

“Back then, we didn’t even know what it was,” she reflects with audible incredulity. “You knew some celebrities’ kids had autism. It wasn’t something we had heard about. I remember going with my husband and sitting in the car and the two of us just crying.” But in an early sign of the determination Fappiano would ultimately demonstrate, she assures, “I haven’t cried much since then, because once we knew that’s what it was, we started working forward.”

That process proved long and often painful. Their son’s sensory sensitivities (his autism diagnosis has since been augmented with a secondary ADHD diagnosis, not uncommon among those on the spectrum) became more evident. In kind, it became that much more essential for him to be at a school that could meet him where he was. Following a subsequent year at an early childcare facility that provided intimate attention to special-needs kids, their son transitioned into a public kindergarten that turned out to be ill-suited.

“The problem there was it was too many children in a classroom,” Fappiano explains. “There was a special educator, but I don’t think she was as experienced, and that particular district would contract a vendor, and the vendors would just come for their 30-minute slot for that child.” Over the next two years, she says the level of communication between themselves and teachers “really disintegrated” and that “he was not being supported in any real way” come first grade. Matters came to a head when, according to Fappiano, the teachers ostensibly threw up their hands and said, “They couldn’t support him at all and they wanted him out.”

This left them with two opti 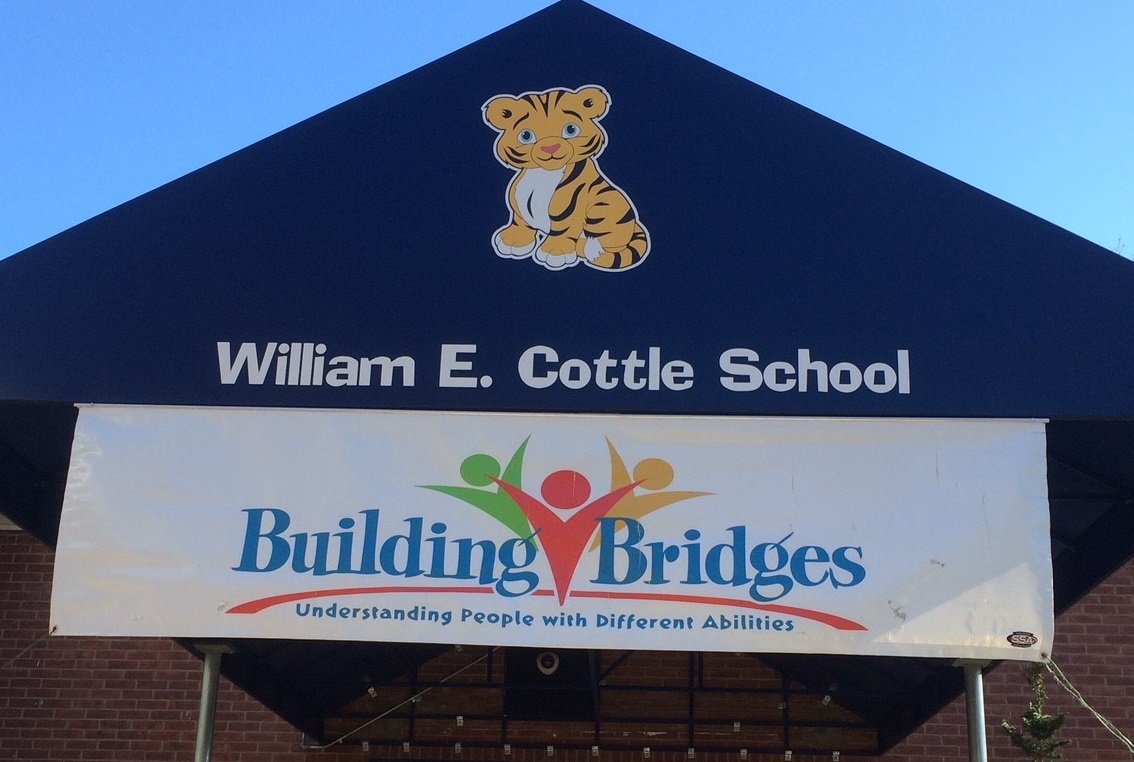 ons: Stand pat or fight for what their child deserved, in turn setting an example for the standard all schools should adhere to. The Fappianos hired a consultant to help them navigate the process of matching their son with another district that could rise to the challenge. Eventually, they knew they’d found their answer in Tuckahoe Union Free.

“I will never forget the phone call when [the teacher and psychologist] said, ‘We just came from the classroom,’” recounts Fappiano. “‘He’s such a lovely child. We feel like we can absolutely help you, and what you have had to deal with has been horrible. We want to make this better.’”

Fappiano describes the sensation as akin to being like “a rainbow went across the sky. Somebody actually cared.” Once her son was enrolled, it all clicked. “What really worked,” she says, “was the small classroom. All the therapists were in the building, collaborating with the teachers and communicating with us. There was a 360° approach to everything.” Over time, he was mainstreamed class by class. Today, he maintains a fully inclusive schedule on par with his peers, with the lone exception being a special skills course in lieu of foreign language.

Fappiano is acutely aware that she and her husband are fortunate to have both the education to adequately represent their son and the relative financial comfort to pursue top-flight resources. That’s precisely why she’s made herself available virtually around the clock to help parents still pushing back against often intractable institutional biases. 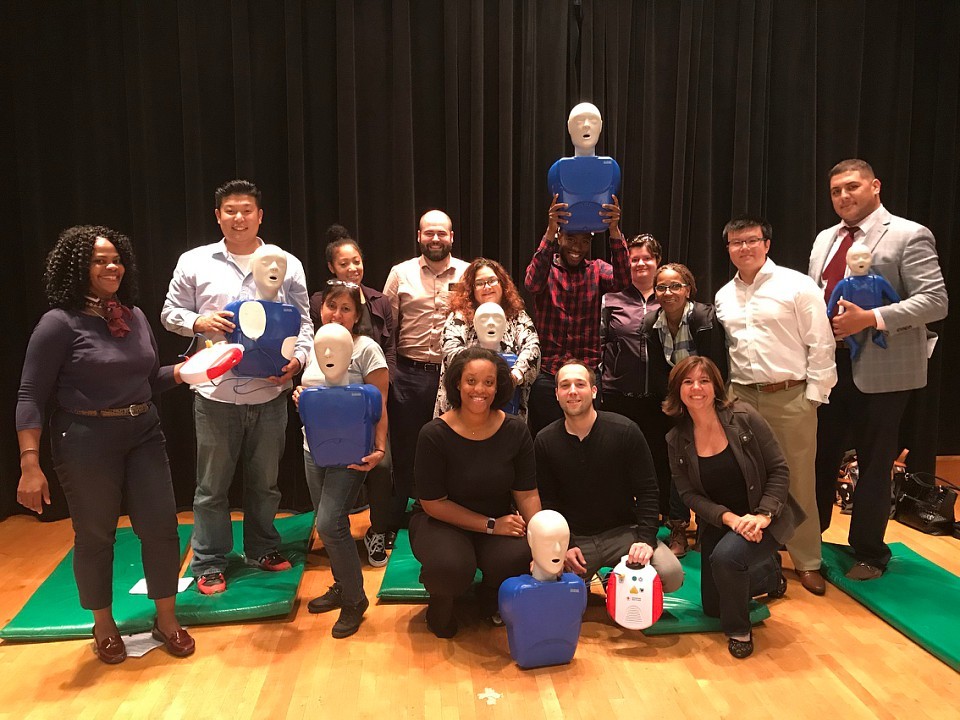 “I think about all those other families who don’t have those same advantages,” she says. “Like they have a job where if something goes bad at school and they don’t show up for three hours, they might get fired. If they don’t speak the language, if they’re not educated enough to understand, they get taken advantage of. So I just felt like helping other parents to have a reasoned voice was what I needed to do. I didn’t want to see other people get treated poorly just because of their circumstances, and certainly not because of the circumstances of their kids.”

Short of having access to Fappiano, she recommends parents simply “push the envelope as hard as they can. The reality is a decent district will make those accommodations and are required by law to do so. Making noise and saying, ‘That’s not acceptable to me’ makes all the difference.” She realizes that’s not easy for everyone, but urges that, “When you do know what you’re entitled to and your children have a right to, you need to keep that open line of communication and keep pushing for what you know is correct. Just because you’re told no the first time doesn’t mean that’s the end of it. There are very nice ways to negotiate for what your kid needs.”

Fappiano’s most lasting legacy to autism activism in her region might be as director of Building Bridges, a three-year-old program founded through Tuckahoe Union F 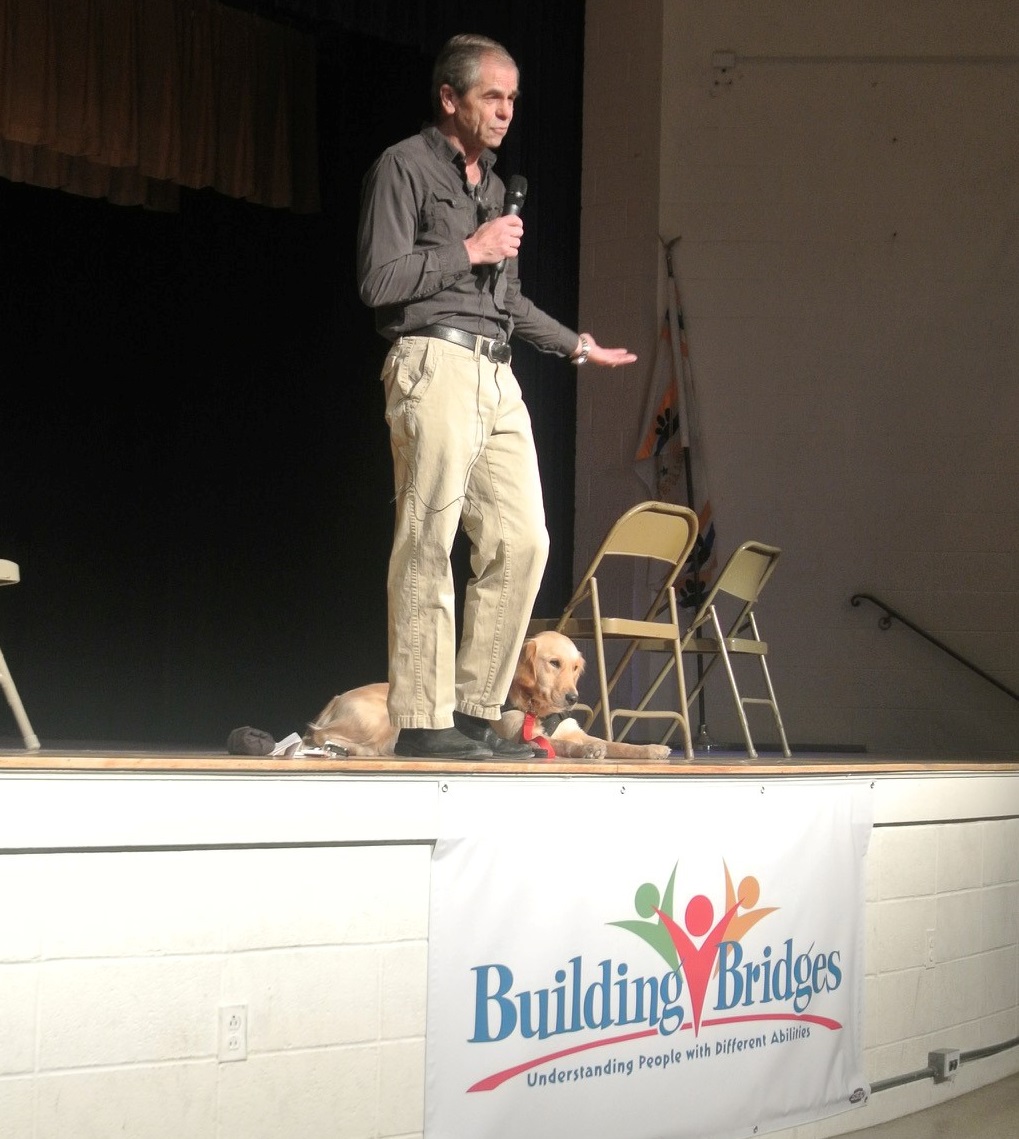 ree’s Special Education PTA. The aim is to spend one week per school year bringing in parent educators, special speakers, and experts to acquaint all elementary students with the challenges faced by disabled and special-needs kids. The activities can include everything from sign-language lessons to visits from Paralympians. It’s a direct acknowledgement that, as we have seen so often in current events of late, today’s youth can light the way for future tolerance and understanding.

“Building Bridges and those types of things create a culture of acceptance and awareness,” Fappiano says proudly. “There’s an everyday feeling that just because you may have autism or a disability, you’re not different than I am. You just may learn differently. So let’s figure out how we’re going to make this work, because we’re all one community.”

That general-education parents comprise most of the program’s volunteers suggests the message has been received. And for those who might assume these causes are the purview of professional organizations dedicated full-time, Fappiano’s example is a testament that any driven individual can help when it comes to all kids getting a fair shake.

“It’s about showing up in the ways that you can when you can,” she encourages. “I can turn around every day and say, ‘I’m doing the little bit I can to help the families who need it.’ If you make the time for something that’s important to you, you’ll never regret it.”

For volunteering opportunities that serve people with autism, consider:

Yes She Can Inc.

Learn more about corporate partnerships
Our website is free to use, but not to operate.
We need your help to maintain the free public services and resources
that over 35,000 local volunteers, 950 seniors, and 500 community
partners rely on each year.